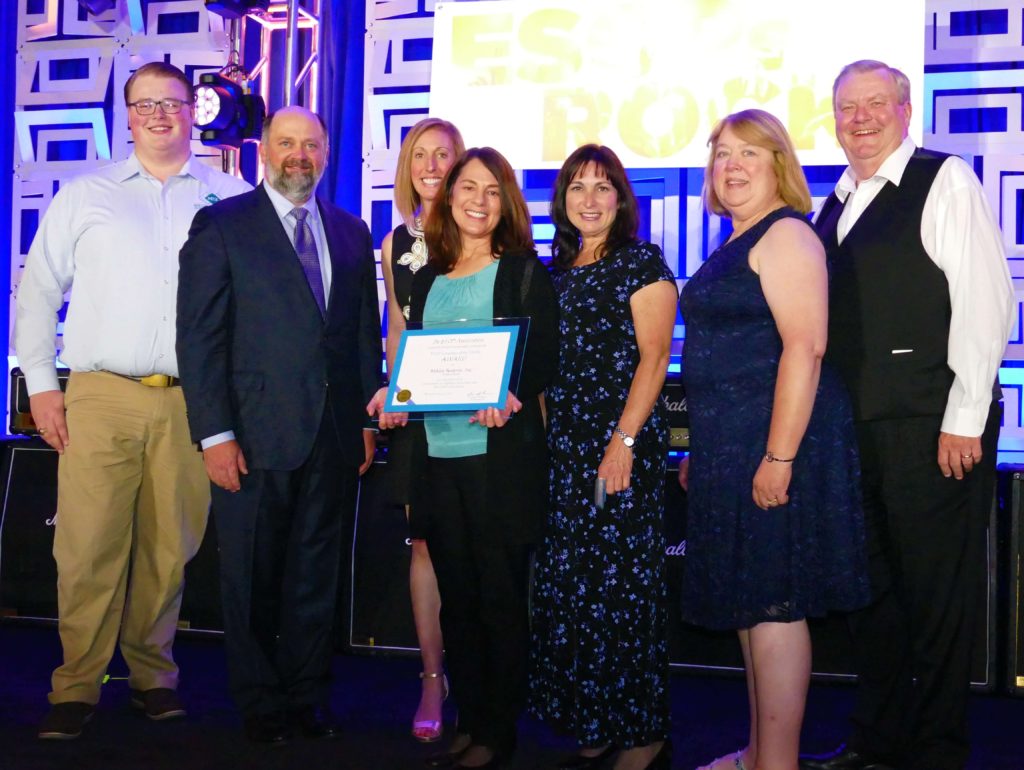 The 42nd Annual ESOP Association National Conference was held in Washington DC from May 22 through May 24. The conference kicked off with their annual ESOP awards banquet, an event comparable to the Grammys for ESOPs.  This gala recognizes companies that excel at communicating with employee owners and the larger ESOP community. It’s a special night to celebrate the best of the ESOP community.
Awards are given in many categories such as company intranets, ESOP videos, and total communications.  The annual poster contest winner is also unveiled. This poster will be shared with all ESOP companies during October (Employee Owner Month).  The most coveted of these awards are the “Employee Owner of the Year” and “ESOP Company of the Year”.
This year, MSI was awarded the top honor as “ESOP Company of the Year for 2019”! We were selected out of 18 regional winners who were judged at the national level on their commitment to employee-ownership both within their company and the greater ESOP community.
The theme of this year’s conference is ESOPs ROCK.  We all know that and now we can proudly say that we do too!